CIA communications expert Samarra Wallace is on the run from a faceless enemy when she learns terrorists have kidnapped and threatened to execute her cousin. She will do whatever it takes to free her, including breaking cover to contact the former teammate she is dangerously attracted to. Now all she has to do is convince him she's not working for the bad guys.

He's her only hope.

Former Army Ranger Ben Sinclair isn't sure he can trust Sam, but he can't turn her away. Lives are at stake and she may be the only way to capture the terrorist mastermind his team is hunting. Despite his reservations, he finds himself falling for her. But when Sam's innocence is questioned again during a botched operation in the remote mountains of Afghanistan, the team pays a terrible price for trusting her. In the wake of that staggering betrayal Ben must decide if she's the innocent woman he fell in love with, or if she's a traitor who'd set them up to die. 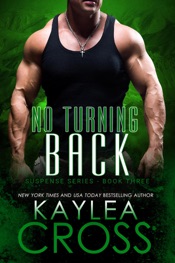