A collection of essays from the acclaimed author of Mrs. Dalloway on such subjects as Jane Austen, Geoffrey Chaucer, and her own literary philosophy.

A good essay must have this permanent quality about it; it must draw its curtain round us, but it must be a curtain that shuts us in not out.

Not written for scholars or critics, these essays are a collection of Virginia Woolf’s everyday thoughts about literature and the world—and the art of reading for pleasure. That many of them previously appeared in such publications as the Nation, Vogue, and the Yale Review points to their widespread appeal. Still, her brilliant powers of observation and insatiable curiosity shine through . . .

“After all, Mrs. Woolf is no common reader, try as she may to be one. Her powers of coordination and logical inference are altogether too strong and capable. No common reader would kick the over-praised Robinson Crusoe overboard to float in seas of adolescent adoration for Moll Flanders, as she does. It would take an uncommon common reader to discourse as pithily on Elizabethan drama or the furiously literary Duchess of Newcastle. No idle peruser of the printed page would meditate so beautifully on Greek letters. And when we come to those essays, ‘Modern Fiction’ and ‘How It Strikes a Contemporary,’ a note that is altogether professional and the result of intensive study and theorizing is to be discerned.” —The New York Times

“Woolf’s provocative collection of essays, reviews and flights of literary imagination assesses both the famous and the obscure.” —The Times (London) 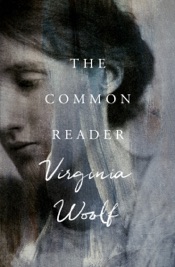