Thought-provoking essays on movies from Metropolis to The Matrix.

The science fiction genre, through films such as Blade Runner, Invasion of the Body Snatchers, and The Terminator, not only entertains us but makes us think—about the implications of new technologies, the parameters and possibilities of space and time, and, in the age of artificial intelligence and robotics, the meaning of humanity itself.

The Philosophy of Science Fiction Film explores the storylines, conflicts, and themes of fifteen science fiction film classics. Editor Steven M. Sanders and a group of outstanding scholars in philosophy, film studies, and other fields raise science fiction film criticism to a new level by penetrating the surfaces of the films to expose the underlying philosophical arguments, ethical perspectives, and metaphysical views. 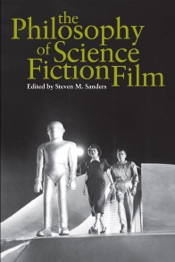