Welcome to the Pokemon Let's Go! guide! Read on to get more information about Let's Go Pikachu and Eevee, updates, guides, walkthroughs, & strategies! Pokemon: Let’s Go, Pikachu! is an RPG that is a spin-off of the popular Pokemon series. The game was developed by Japanese studio GameFreak, the creators of all main games in the Pokemon series that were released on previous Nintendo handheld consoles. Traditionally for the franchise, the project was published as two separate games – Pokemon: Let’s Go, Pikachu! and Pokemon: Let’s Go, Eevee!. Both games are very similar and the differences between them are limited to the creatures available in the games. 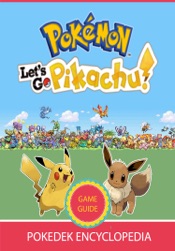