Dallas Hayes muscled her way through Army Ranger training only to be considered a curse on her all-male unit in an operation in Syria. When half the team is killed, she’s left Injured, losing the lower portion of her leg and is medically discharged from the life she loved in the Army. A fight with her physical therapist at Walter Reed lands her at the Brighter Days Rehab Ranch in Montana with an offer to join the Brotherhood Protectors.

Retired Delta Force soldier, Vince “Viper” Van Cleave, did his time in the Army but hasn't managed to fit into the civilian world. What can an expert sniper do with his life when not shooting at enemy combatants? A widower, his first assignment is to masquerade as the groom of a former Army Ranger female and stage a wedding to smoke out a wedding saboteur. Together, they make a formidable team that might just make it to the altar intact. 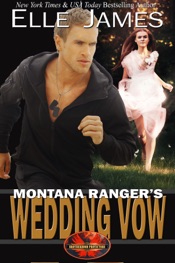