In Ingersoll Lockwood’s 1900; Or, The Last President, a politically charged New York City is on edge after a political outsider overcomes stiff opposition to be elected President of the United States. Mob rule threatens, and marching protests rove up and down Fifth Avenue searching for symbols of wealth to destroy. Lockwood uses this setting to critique the socialist and collectivist mentality of his era and illustrate the inherent danger of the crowd. The story is a small and relatively unknown political satire from the late 19th century, which found new popularity after the election of Donald Trump in 2016. 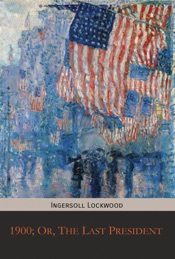